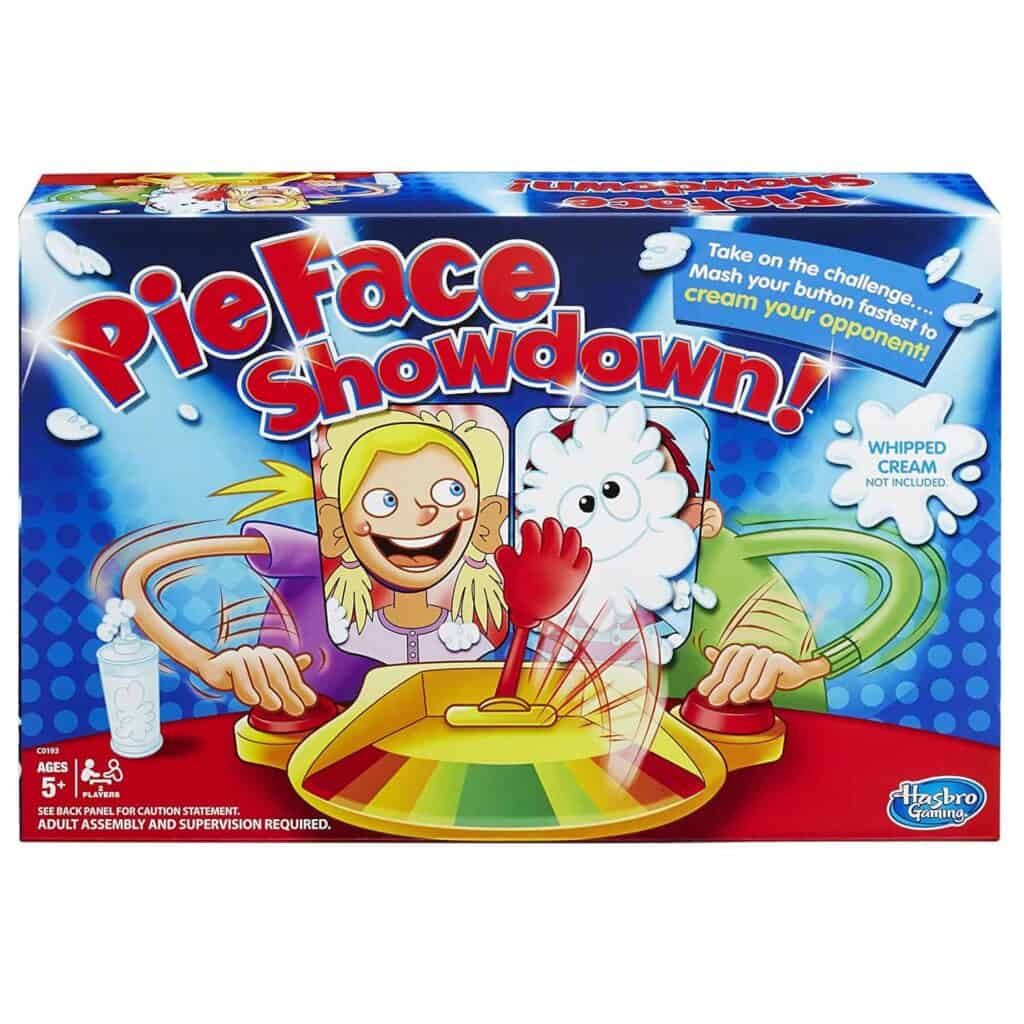 This Pie Face Showdown! Review is part of the new Hottest Toys for Kids series that I will be sharing here on Saving Dollars and Sense that will highlight each of the hottest toys for the 2016 holiday toy season.

The original Pie Face game was so much fun that it created a demand for even more fun games along the same line. With that in mind comes the Pie Face Showdown! Game – part of Walmart’s Hottest 25 Toys of 2016 list.

This one takes the same fun of the original game, but adds a twist. It features players competing against each other in a showdown style that’s loads of fun and packs plenty of laughter for whoever is involved.

You can have this great game for a family game night, or you can get together with a group of friends for some hilarious times. It makes a great team against team game. The game is easy to set up and it’s a fast paced game, too – so there’s no boredom or kids waiting impatiently for their turn to play. 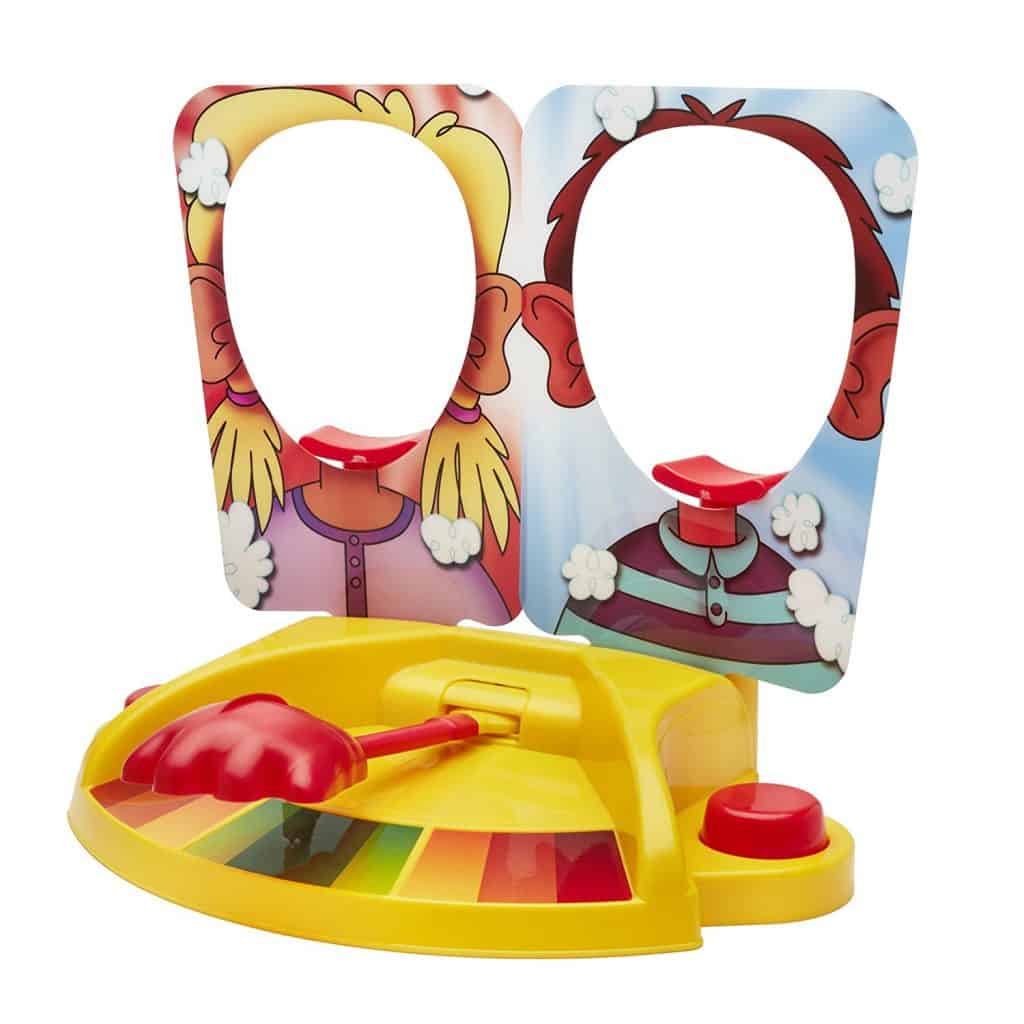 Once you get the game set up and ready to go, each one of the players has to put the whipped cream on the hand of the game. This whipped cream does not come with the purchase of the game, so you’ll have to buy that separately.

In case you don’t want to deal with the stickiness of whipped cream, you just use the sponge that’s included with the game, but most people do prefer to use the whipped cream.

When it’s time to play the game, each of the players gets into position by putting his chin on the chin rest that’s associated with his face side. The instructions have it so that the players count to three for the game to begin, but if you have children who do squabble over games, you might want to have an adult handle the counting to avoid any bickering about the count.

Once the count of three is reached, each player presses the button. The button is what operates the throwing arm. This arm can swing from one direction to the other so that it’s aimed at either player – and pressing the button controls this.

It’s hilarious fun as each player rapidly pushes the button trying to get the arm to swing toward his opponent’s face rather than his own. Once the arm reaches a certain position, it will shoot up and splat whichever player the arm is aimed at.

The player who manages to escape getting a face full of whipped cream or the wet sponge wins the game. The purchase of this game includes instructions on play, the pie thrower, splash card masks, the sponge and the chin rests. The game is easy to clean once you’re done playing with it. It’s suitable for children three and older. Two people at a time can play the game.