This Star Wars R2-D2 Interactive Robotic Droid Review is part of the new 2015 Hottest Toys series that I will be sharing here on Saving Dollars and Sense that will highlight each of the hottest toys for the 2015 holiday toy season. 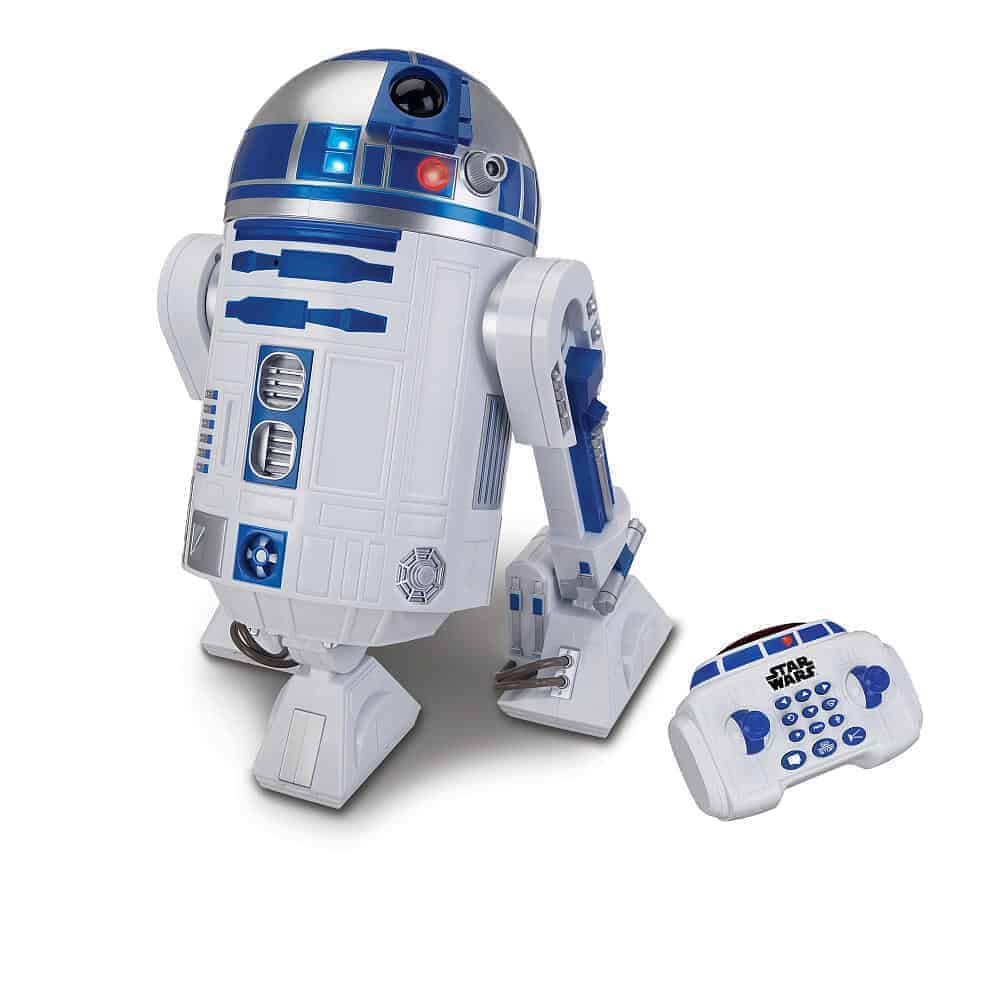 Each year we wait to see which toys will make it onto the Toys R Us Toy List so that we will know which toys your kiddos will be asking for and which toys will be in high demand. For the next couple weeks, I will choose one new toy from the list to share with you so you can be an informed shopper this year.

The Star Wars movies captivated the imagination of a generation and continue to do the same with new fans. The latest instalment in the Star Wars saga, Episode VII: The Force Awakens, is due to hit the big screen and excitement is building.

You can get ready for the adventure with the Star Wars R2-D2 Interactive Robotic Droid. The toy combines R2-D2’s classic design with state of the art technology to create an interactive droid with endless possibilities for fun and entertainment.

R2-D2 has always been a favorite among the Star Wars characters. He’s cute yet stubborn, and his obstinate personality leads to many adventures.

You’ll be transported to a galaxy far, far away as you power up your robotic droid and join in the fight against The Dark Side. Some of the droid’s best features include:

The only real negative is that the R2-D2 is a tad bit expensive for a one-piece toy!

Whether you’ve still got all of your original Star Wars toys in their boxes and want to add to your collection, or you want to buy a super-cool Sci-fi gift for your kid, the Star Wars R2-D2 Interactive Robotic Droid is a good buy.

Get ready for The Force to Awaken and power up the Star Wars R2-D2 Interactive Robotic Droid. Star Wars fans, both young and not so young, will love commanding R2 and watching him respond. The imagination and the Force will be awakened as you relive your favorite adventures and create a few of your own.

The long-awaited movie is due for release December 18 and the interactive merchandise promises to be extremely popular. Get in quick as Star Wars Episode VII toys are expected to sell out before Christmas.