This LEGO Dimensions Starter Pack Review is part of the new 2015 Hottest Toys series that I will be sharing here on Saving Dollars and Sense that will highlight each of the hottest toys for the 2015 holiday toy season.

When LEGO hit gaming consoles in the late 90s, it was an exciting time. Two of life’s greatest pleasures had morphed into one fun package, and things just continued getting better.

The LEGO Dimensions Starter Pack could be the beginning of your next big adventure. Are you ready for it yet?

In this starter pack, characters from The Lord of The Rings, DC Comics, and The LEGO Movie come together when a strange vortex opens in the universe and sweeps the heroes away.

Gandalf, Batman, and Wyldstyle must now join forces to save their worlds. You can even add LEGO Dimensions expansion packs to unlock new adventures. 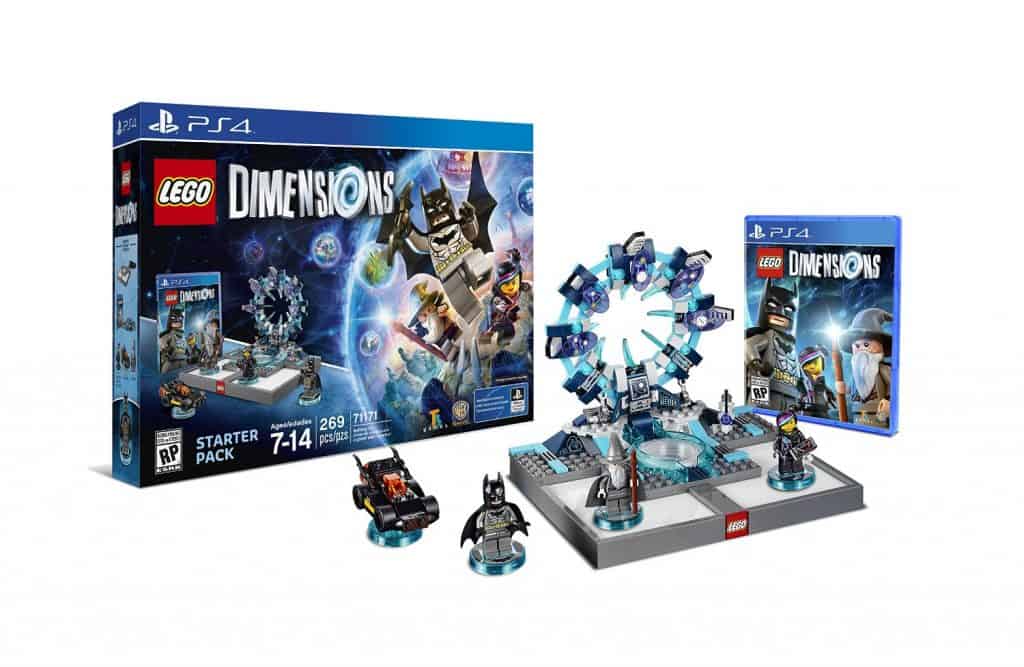 With the LEGO Dimensions Starter Pack, you’ll get to experience all sorts of adventures in a LEGO world gone crazy. Regardless of your preferred gaming console, be it the PlayStation 3, PlayStation 4, Xbox 360, Xbox One, or Nintendo Wii U, you’ll definitely get hours of fun out of this game.

The expansion packs, which are one the bestselling points of the LEGO Dimensions Starter Packs, are unfortunately also its biggest weakness. Some people may feel that the original game is incomplete without these add-ons.

Whether you’re a kid or a respectable adult who never really grew up, there’s plenty of scope for fun and adventure with the LEGO Dimensions Starter Pack. Even if you decide not to purchase any expansion packs, there will still be enough cool features in the Starter Pack for many hours of adventurous and challenging gaming.