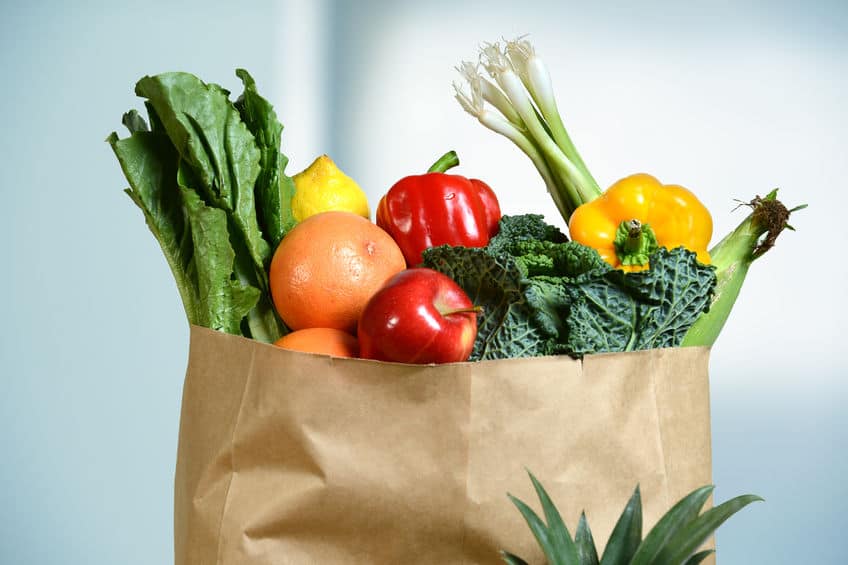 Have you ever wondered how and where to store your produce to make it last the longest?

Does it really even matter where you keep your apples or your tomatoes?

When I was first starting to pay attention to my grocery budget, I quickly realized that I could save some money if I could figure out how to make my fresh produce last longer. I found myself throwing away so much produce just because my family wasn’t eating it fast enough.

Learning the proper way to store produce gave me the ability to take advantage of produce that was on sale or marked down. Learning how and where to store your produce to make it last helped me know how much I could buy on sale before it would go bad.

Yes, you can preserve your produce by freezing it, canning it, cooking it, pickling it, or even dehydrating it. But sometimes, you just want to keep it around to use up for a few days, weeks, or even months. Let’s talk about what you should store where to make sure it lasts and stays fresh as long as possible. 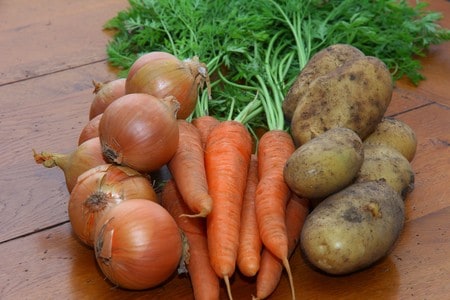 People used to have a root cellar. One of the reasons it got that name is because root vegetables store well in a cool and dark space. If you have a cool pantry, or even better a dark, dry basement, you can store things like potatoes, sweet potatoes, carrots, onion and the likes there. Apples also store very well in a place like that as do cabbages.

What you store next to each other also makes a big difference, especially in a close space. Remember the old trick of sticking an apple or banana in a brown paper bag with some unripe fruit? The same thing happens if you keep all your fruit in a bowl on the counter, or in a bag. Most fruit and things like tomatoes do better out of their container, spread up on the kitchen counter.

Another important tip is to never store your onions and potatoes together. While they both benefit from dry, cool, and dark spaces with plenty of airflows, the onions give off a gas that makes potatoes sprout and rots much faster than if they are stored away from onions. 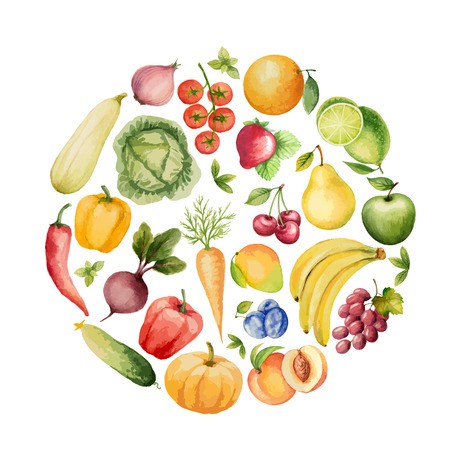 While most produce will stay fresh and tasty the longest when stored in the fridge, there are some foods that should not be refrigerated.

These fruits (yes, tomatoes and avocados are technically fruits) tend to become mealy when they are stored at too low of a temperature. Keep them on the counter instead.

By paying attention to what produce likes to be stored where, you can not only extend how long it will keep without any major efforts to preserve the food, it also preserves the flavor. And that’s really the point, isn’t it? To keep food fresh, flavorful, and packed with nutrients until you’re ready to cook with it and eat it.