This Barbie in Princess Power Corrine Doll Review is part of an ongoing series of the new Hottest Toys for Kids.

We which will highlight some of the best toys for kids for the holiday toy season and share what we love and don’t love about them. 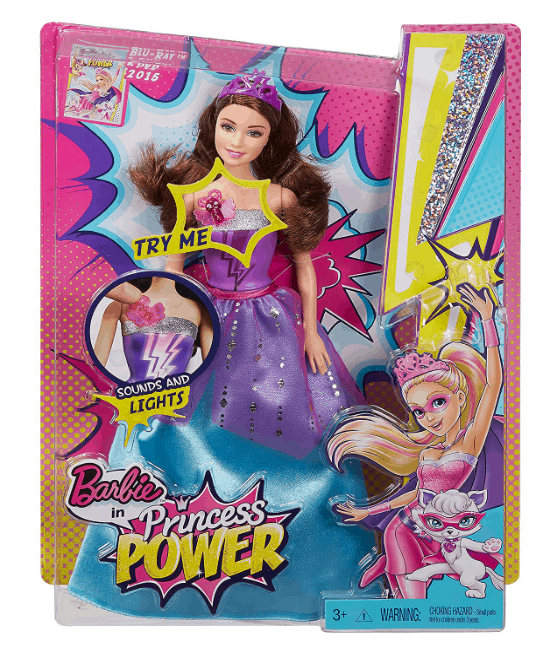 Each year we wait to see which toys will make it onto the Hottest Toys for Kids List so that you’ll know which toys your kiddos will be asking for and which toys will be in high demand, like this Barbie in Princess Power Corrine Doll I want to share with you today.

For the next couple weeks, I will choose some of the best toys for 2018 to share with you so you can be an informed shopper this year. It is my hope that these toy reviews will help you to determine which of the best toys of 2018 are the ones that will be the perfect fit for your little ones.

The Barbie in Princess Power Corrine Doll is the perfect toy for kids who love playing with dolls and princesses.

This toy features a dress that lights up at the touch of a button. This beautiful Corrine doll is embellished with a glittering butterfly that can be pushed to activate the lightning bolt on the dress.

Included is a purple and blue gown fit for royalty, as well as a sparkling peplum and classic accessories. 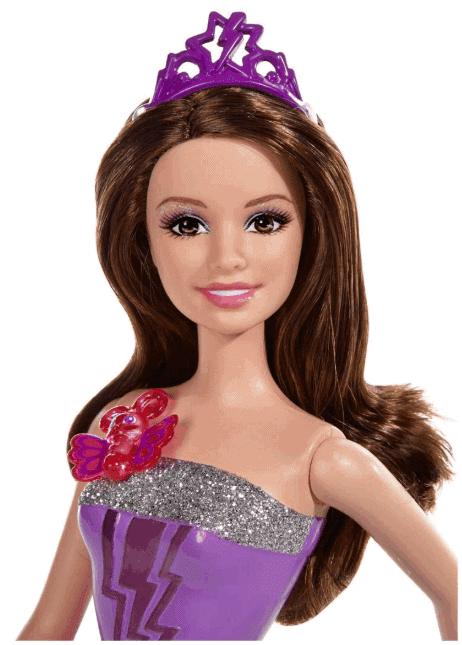 More About the Barbie Corrine Doll

An enchanting backstory to accompany the lovely Barbie doll. In Barbie in Princess Power, a modern-day princess is kissed by a magical butterfly and discovers she has super powers. This backstory is a wonderful springboard from which children will be able to imagine their own fantasy land filled with exciting adventure.

Versatile. This doll is versatile because it is a great standalone toy, and can also be paired with other Barbie dolls as well as many other various toys.

Great Quality. Barbie is a widely known and trusted company that has thrived for years. You can rest assured that the Barbie Corrine Doll will be a great quality toy that will last and last throughout the years.

Safety. Not many small accessories are included, so this toy will be appropriate for the younger kids as well as the older. This doll is great for kids of all ages.

Affordable. This Barbie doll costs $19.99 at full price, but is often on sale for close to $10.00. This is an incredibly affordable toy. This listed price is much cheaper than many stores are willing to sell this doll for.

Clothing is not interchangeable. The top portion of the dress is actually a part of the doll itself, so the option to switch outfits is limited.

The Barbie in Princess Power Corrine Doll is a great toy to consider for your little ones.

With almost no detachable accessories, this toy is perfect for all ages, recommended 3 years and older. Rest assured that this toy is safe for your young ones to play with; minimal to virtually no choking hazards are presented with this toy.

A great standalone toy, or one that can be played with other dolls, the Barbie in Princess Power Corrine Doll is extremely versatile.

You won’t find this kind of great quality just anywhere; the Barbie industry produces top of the line toys that are sure to thrive throughout the years. This toy is as affordable as it gets, on sale now for only $10.90.

Your child will want to play with the Corrine doll time and time again, using their imagination to create the fantasy magic land from which Princess Power Corrine hails.

This toy is excellent in value, and is a great choice for any child.