You are here: Home / Recipes / Smores Push Pops
Note: this article may contain affiliate links. If you make a purchase using one of these links, I may be paid a referral fee at no expense to you. As an Amazon Associate I earn from qualifying purchases. Read our disclosure policy click here. 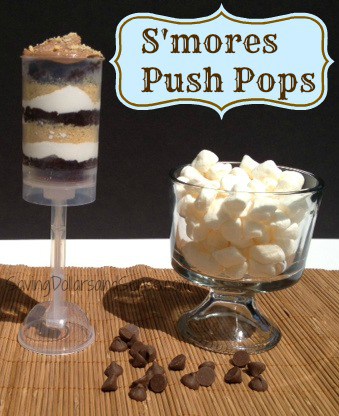 My latest recipe is a take on the classic s’mores. This Smores Push Pops recipe is easy and a lot of fun.

It is amazing how much you can do with a package of refillable Wilton Push Pop Containers!

This is probably one of my favorite push pop recipes that I have come up with so far and I have to say I think it is my sons favorite too! 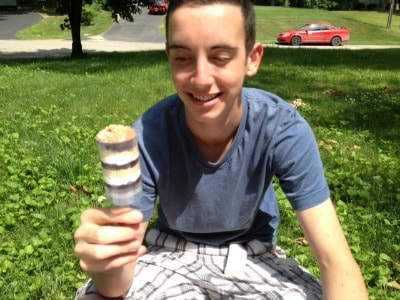 The first thing I did was make a batch of brownies using a brownie mix I had in the pantry. Any brownie mix will work. I had to let them cool completely before I cut them. I used the empty push pop as a cookie cutter to cut out the perfect size circles from the pan of brownies.

Then I began to layer starting with a brownie circle first. Then some marshmallow fluff. Followed by some graham cracker crumbs.

Repeat layers until you have filled the push pop ending with a brownie circle on top.

The last step to finish off this masterpiece was to make some chocolate marshmallow frosting. 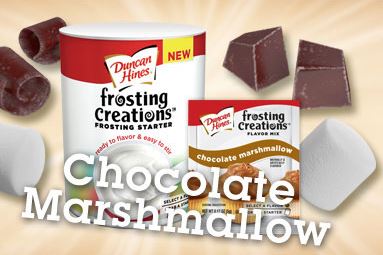 Of course I didn’t use the entire tub of frosting and only took out was I thought I would use and mixed it up in a smaller bowl.

Frost the top of the brownie and sprinkle with some more graham crackers crumbs. 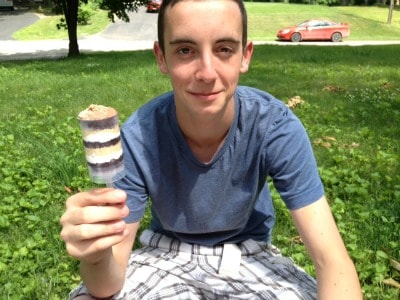 These make the perfect summer treat.

Sunflowers 🌻 turn according to the position of

We found that six of our chicks laid their first e

Aren't these beauties are just showing off today <