If you are looking for a simple way to make homemade cinnamon rolls from biscuits, then you have to give this Biscuit Cinnamon Roll recipe a try today.

It’s so easy to make and everyone will love these ooey, gooey cinnamon rolls straight out of the oven.

This recipe for making cinnamon rolls with biscuits continues to be one of the most popular recipes here at Saving Dollars and Sense!

I am so thankful for all of the comments and messages I have received telling me how much you LOVE this simple Biscuit Cinnamon Roll Recipe.

I am thrilled that you have taken a moment to check out this super easy and very inexpensive way to make homemade cinnamon rolls.

You can sign up for FREE Email updates whenever a new recipe gets posted. Don’t worry, I HATE spam too and would never send you anything that wasn’t valuable for you.

This delicious Biscuit Cinnamon Roll is a very easy recipe that I am so happy to add to my Recipe collection which you can find here.

It also makes for an awesome dessert for the holidays because it feeds about 16 people for very little money.

In fact it is recipes like this that make it possible for me to feed my family using as little as $50 per week.

All you’ll need is a bundt pan like these ones and some common ingredients that are found in most homes.

Trust me if I can make it, you can too! So let’s get started on how to do this thing!

Gather these ingredients to make your Cinnamon Rolls:

Then scroll down for full Biscuit Cinnamon Rolls Recipe Measurements and instructions on creating this recipe – including a full recipe card that you can print for free that helps you shop and create easily in your kitchen!

How to Make Biscuit Cinnamon Rolls

Combine melted butter and pancake syrup in a small bowl and set aside.

Combine brown sugar and cinnamon in a separate bowl and set aside.

Pour half of your syrup mixture in the bottom of the pan.

Sprinkle half of your sugar mixture in the bottom of the pan as well.

Open your refrigerator biscuits and place them in the pan, overlapping them as shown in the picture below.

Bake your cinnamon rolls for 20-25 minutes, depending on how crispy you like them to be.

Serve immediately with coffee or your favorite beverage and enjoy!

More Recipes that us Biscuits 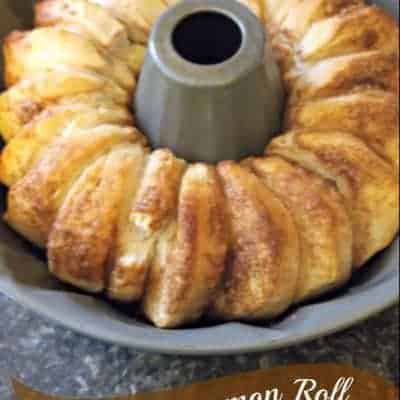 Prevent your screen from going dark

Nutritional information is automatically calculated with ingredients and serving size and may not be accurate. Please always double check with your own nutritional apps as well.

Keyword biscuits, breakfast, cinnamon, rolls
Did you make this recipe? Please leave me a comment below, I would love to hear how you liked it (or not lol) Share a photo with me @KRISTIESAWICKI or tag #SAVINGDOLLARS!