You are here: Home / Saving Dollars and Sense / Creating A Grocery Plan Of Action
Note: this article may contain affiliate links. If you make a purchase using one of these links, I may be paid a referral fee at no expense to you. As an Amazon Associate I earn from qualifying purchases. Read our disclosure policy click here. 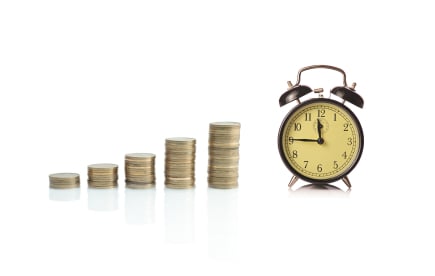 I’ve been sharing my Grocery Challenge Lessons over the last several weeks.

This week I want to give you a little pep talk before you dive into couponing with both feet. One of the most common things that can happen to new couponers is that they jump into it and then after a bit, they realize that this is way more work than they had thought and they just give it all up.

It’s what I call Frugal Burnout and I know it personally which is why I want to make sure you know this one thing.

One thing that I had to learn early on in becoming an expert couponer was that it really does take a fair amount of work. In fact, at the time I was spending my day’s homeschooling and homemaking. My kids were getting older and didn’t need my help as often, and they were doing a lot to help me around the house.

When I made the decision to start using coupons to save money, my husband had just been laid off and we were learning how to live on very little. I knew that I had to take this couponing thing seriously, so I began to treat it like a job.

As with any job, you are only going to get out of it what you put in.

I remember those first few weeks putting what I had learned into practice. It seemed like I would spend hours on end making our meager $50 weekly budget work.

It got easier each week. And before long I was able to map out my shopping trips in less than two hours. Considering the amount I was saving, I figured I was making anywhere from $50-$100 an hour at my new “job” and that made the sacrifice in time worth it to me.

I want to tell you upfront that couponing is not a magic trick that will have you carrying bags of free stuff into your home. You will get lots of free stuff through couponing, but it does take work and TIME.

Unfortunately, I think it is very easy to get frustrated in the beginning and then just give up altogether which is why I want to make sure you know exactly what this takes. I can promise you that it does get easier the longer you do it. You’ll notice that there becomes a kind of flow to your grocery planning and shopping trips.

Now that I have been doing it for several years, I find it very hard to ever pay full price for anything. I just don’t see the “point” in paying more for something if I don’t have to. I’d much rather use the savings to bless someone else!

I look at all of the sales each week and keep a list of the deals as well as the coupons I have for those deals.

I start with CVS, Walgreens, and Target. Then I move onto Kroger and Meijer.

When I am finished I look to see which stores have just a couple of deals that I could afford to miss. I like to take into account how much time and gas it will take to grab those deals. Sometimes a deal is not worth it and I skip them that week.

Once I know which stores are going to be worth my time. I try to make a plan to map out my shopping trip.

I drive in a big circle to make the most of my gas instead of driving back and forth from my home to the store. I leave my house and head in one direction hitting all of the stores in that direction along the way.

Remembering today, those who gave their lives for

Good morning!⁠ ⁠ It's been a while since I hav

Who knew raw honey & honeycomb chunks would be in

How cute is this Self Watering Pot!! ⠀ Keep read