↑
Home » Frugal Living » What Is Homesteading & How to Get Started

The term homesteading has been around for hundreds of years and can be broadly defined as a lifestyle that is based around the idea of complete self-sufficiency.

I know I used to always think you had to have a large farm and tons of animals to have a homestead, but I was so wrong!

In fact, you can begin homesteading today without a farm or a single animal.

Over the years it has evolved and can mean different things to different people.

That’s why we are going to be looking at the history and basic principles of homesteading.

I hope it will help you get a better understanding of the homesteading lifestyle.

Becoming a modern-day homesteader maybe just life for you.

Especially if you are attracted to the idea of a simple life.

Even if you do not have access to acres and acres of land.

Many people have started homesteads in very small spaces.

It does not matter if you live in a city with very little space, or you are considering moving to the country to homestead a large farm, full time.

You can do it! You will not regret creating a life that is self-sustaining.

But first, let me take you through the homesteading journey through time.

The History Of Homesteading

The use of the term homesteading in the US dates back to the creation of The Homestead Act in 1862.

This act provided adult citizens with public land grants of 160 acres, in exchange for living on the land continuously for 5 years and paying a small registration fee.

In the 1930s, the scope of homesteading expanded beyond the rich and to the poor when President Franklin D. Roosevelt created the Subsistence Homesteads Division.

This department was responsible for creating model communities where poor urban families could live on small plots of land, learn to produce their own food and become self-sustaining.

In the 1970s, homesteading evolved beyond Government policy and became a social phenomenon with tens of thousands of North Americans deciding to migrate from cities to rural areas and live a more self-sufficient lifestyle.

During this time, a number of popular homesteading publications (including Whole Earth Catalogs and The Mother Earth News) started to hit the press. This added to the popularity of the homesteading lifestyle.

Following the back to the land movement and the increased coverage of the homesteading lifestyle in the publishing world, homesteading has evolved to become a flexible set of principles rather than a lifestyle based on where you live.

Modern homesteading now refers to any lifestyle which works towards self-sufficiency and can include using less energy, growing your own foods, supporting your local community and more. 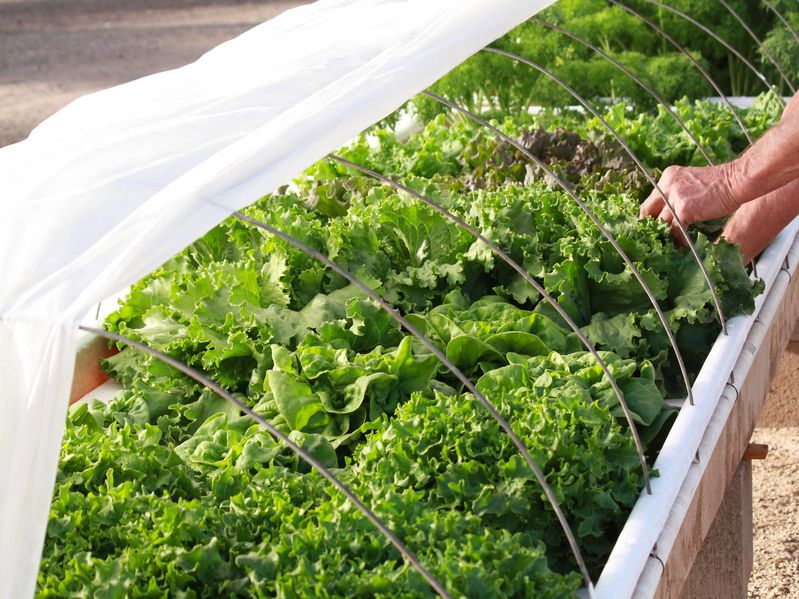 As stated above, modern homesteading is not based on Government acts or location but is based instead around becoming more self-sufficient in any capacity.

The list below outlines some of the main principles of modern homesteading:

Raising animals allows you to produce your own food, support the environment and more.

Animal rearing can range from anything as small as raising a couple of backyard chickens to raise larger livestock.

Like raising animals, gardening allows you to produce your own food while being friendly to the environment.

The scope of gardening can range from growing a few select herbs and vegetables indoors to growing all the vegetables you need on an outdoor plot of land.

By producing your own natural home care products, you not only eliminate the need to buy them but you also avoid the harmful chemicals that they contain.

The best part is that most natural cleaners can be easily produced using a simple combination of essential oils.

With the recent advances in solar and wind power, along with the availability of coal and wood, producing your own energy is now a very real possibility.

Natural energy production can include heating your home with firewood.

It can also include naturally heating your water using solar power, to supplying all your electricity through a combination of hydropower, solar power, and wind turbines.

I hope this article has given you a better understanding of the homesteading lifestyle.

As it has evolved over the years, it is no longer such a rigid term and you don’t necessarily have to live on a homestead to be considered a homesteader.

In fact urban homesteading means you can live the homesteaders’ lifestyle no matter where your address is.

You can get started simply by growing a few vegetables, rearing some chickens or producing your own homemade natural cleaning products.

I started honing my homesteading skills long before we ever thought about moving to the county.

In fact, I got really good at growing small gardens in my first home and couldn’t wait to have more and more land to work with.

After we moved to our new house we knew we wanted to try our hand at some kind of livestock such as goats, chicken, and ducks.

Unfortunately at this time, dairy goats are far down the list, but maybe someday.

For now, I’ll settle for a chicken coop full of chickens. We are looking to add some ducks to our flock this spring and I cannot wait!

So if a self-sustaining lifestyle sounds appealing to you, take another look at the principles of modern homesteading above and see which ones you can start implementing today.