You are here: Home / Healthy Living / Gardening / How to Make a Bee House and Habitat
Note: this article may contain affiliate links. If you make a purchase using one of these links, I may be paid a referral fee at no expense to you. As an Amazon Associate I earn from qualifying purchases. Read our disclosure policy click here. 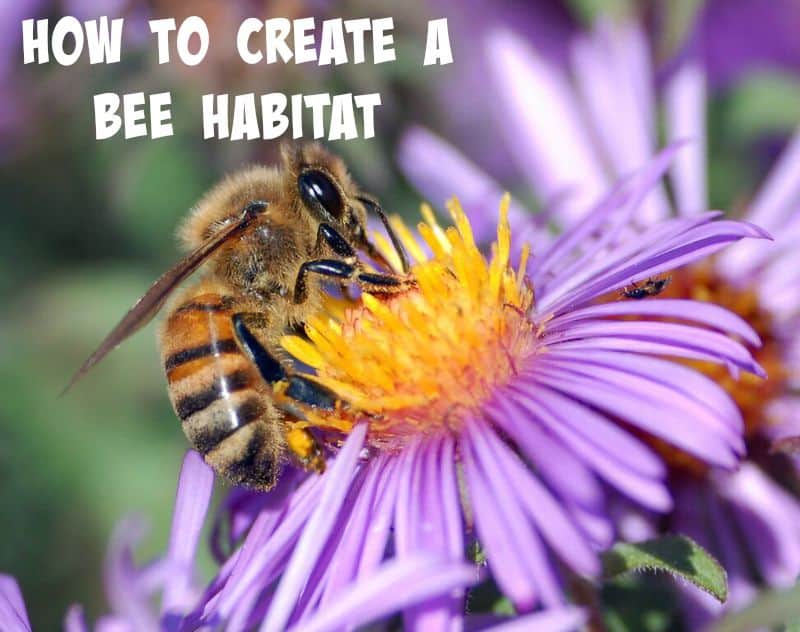 Several years ago my niece was visiting after school and tried to tell me about the bees and what was happening and how our world would be changed and not in a good way if we continued to see the bees disappear.

You are probably thinking, why does that matter to me? After all, bees are a nuisance. At least that is exactly how I used to think before I learned more about why bees are such an important part of our lives and what will happen if they were to disappear forever because that is the path we are headed if more of us don’t take action now.

Why are bees so important anyway?

Bees are the main pollinators in our world and we need them to sustain healthy real food crops.

Bees are essential for our food system

Bees and other pollinators are essential for two-thirds of the food crops humans eat every day such as almonds, squash, cucumbers, apples, oranges, blueberries, and peaches. One out of every three bites of food we eat is pollinated by honeybees.

Bees are dying at alarming rates, and neonic pesticides are a key contributor to the problem based on a strong and growing body of science.

A study by Friends of the Earth and Pesticide Research Institute found 36 out of 71 “bee-friendly” garden plants – 51% — contained neonic pesticides that are harmful to bees, with no warning to gardeners. Our own survival is tied closely to the survival of bees and other pollinators – we must listen to what the body of science is telling us and take swift action to protect them. 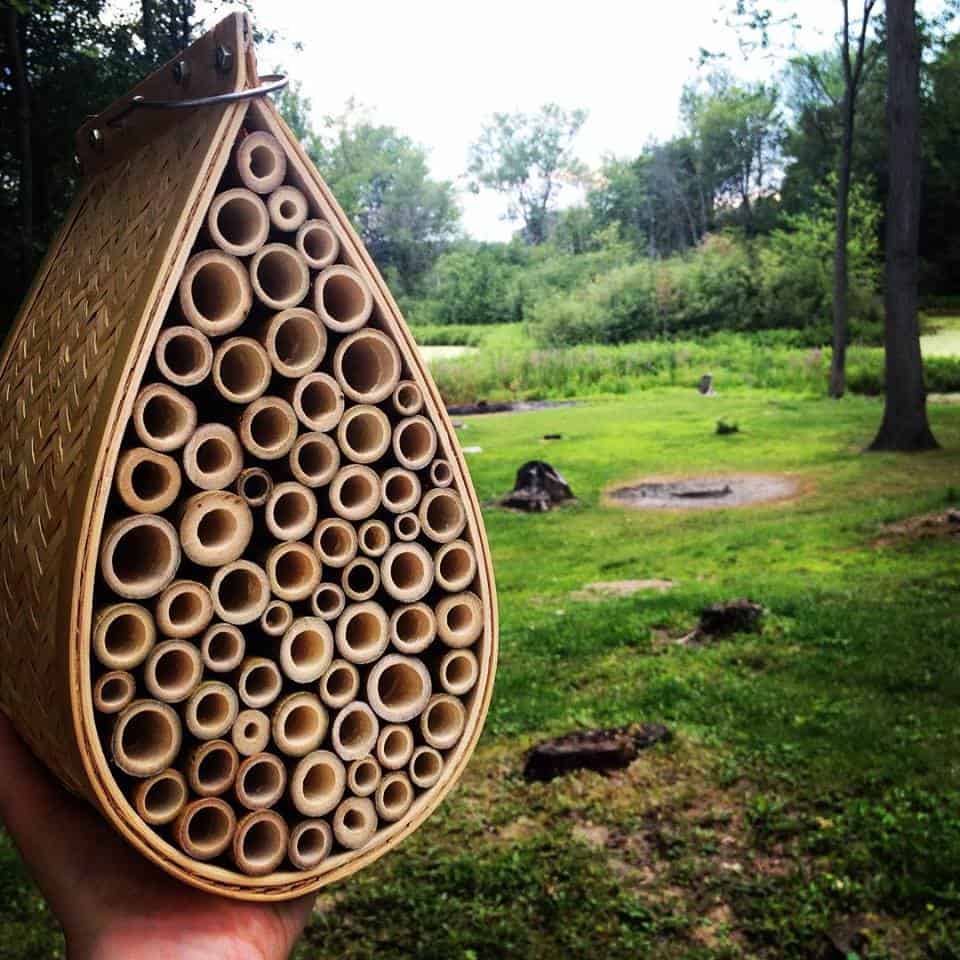 I chose to add a Bee House to my yard in hopes of creating a safe Bee Haven for the mason bees in my area because apparently mason bees are amazing pollinators and do not sting.

All you need is a Mason Bee House like the ones here.

Find a location in your yard with lots of organic pollinator-friendly plants. Plant a diverse range of flowers to attract lots of different bee species. Allow native weeds to grow. Dandelions, clover and other weeds are beneficial to pollinators and butterflies.

Avoid using any pesticides or chemicals on your plants.

Provide a water source or create a Bee Bath using a pot filled with rocks and water to the brim so the bees are able to land on the rocks and drink.

I have had my bee house up for a couple of weeks and haven’t noticed any new neighbors yet, but I think I need to add some more flowers to the area and just be patient.

We all need to do our part to protect the bees!

Beekeepers have lost an average of 30% of their hives in recent years, with some beekeepers losing all of their hives and many leaving the industry. This is too high to be sustainable.

Recent losses are staggering making it difficult for beekeepers to stay in business and for farmers to meet their pollination needs for important crops like almonds and berries.

A growing body of science implicates neonic pesticides – one of the most widely used class of insecticides in the world, manufactured by Bayer and Syngenta – as a key factor in recent bee die-offs.

Neonics can kill bees outright and make them more vulnerable to pests, pathogens and other stressors while impairing their foraging and feeding abilities, reproduction and memory.

Neonics are widely used in the U.S. on 140 crops and for cosmetic use in gardens. Neonics can last in soil, water, and the environment for months to years to come.

A meta-analysis of more than 1,200 peer-reviewed studies released by the Task Force on Systemic Pesticides — a group of global, independent scientists — confirms neonics are a key factor in bee declines and are harming beneficial organisms essential to functional ecosystems and food production, including soil microbes, butterflies, earthworms, reptiles, and birds. The Task Force called for immediate regulatory action to restrict neonicotinoids.

A recent study by a group of Swedish scientists found neonicotinoids may actually be addictive to bees and another recent study by New Castle University concluded that treating flowering crops with commonly used neonicotinoids “presents a sizeable hazard to foraging bees”, and recommends that reducing pesticide use “may be the only certain” way to halt bee and pollinator declines.

What can you do to help? Check out the Friends of the Earth site for lots of great ways you can get involved!

People should buy organic products or talk to businesses to ensure they are selling products that do not contain neonics We need to change the law to restrict neonics in the U.S. as Europe and Ontario, Canada has done. 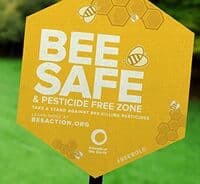 The European Union has put a 2-year suspension on the most widely used neonics in an effort to protect bees. A scientific review by the European Food Safety Authority (EFSA) states that neonicotinoids pose an unacceptably high risk to bees.

The Ontario government became the first state or province in North America to restrict neonicotinoids to reverse bee declines. The province plans to reduce the use of neonicotinoids on corn and soybeans by 80% by 2017.

The U.S. Fish and Wildlife Service announced it will phase out neonics by 2016.

The Council on Environmental Quality released guidance in October recommending that federal facilities and federal lands, not use systemic insecticides or acquire seeds and plants from nurseries that have been treated with systemic insecticides. These guidelines have the potential to increase the demand by the federal government for truly pollinator-friendly plants.

Happy Fourth of July weekend. ⁠⠀ ⁠⠀ This i

"May we think of freedom, not as the right to do a

🐝 It’s so weird to think just a couple years

Well hello there 👋 it’s been a bit since I po

Took Liam fishing, and he is hooked 🎣 then we s